I may not know art, but I know what I like: Mannerist Art

The first thing to know is that art is like history: it’s divided into different “periods.”  In  the first part of this series (“I may not know art but I know what I like” [IMNKABIKWIL]) I talked about the earliest period in art history (Ancient Art).  Next I discussed Medieval Art.  Then it was on to Renaissance Art, and after that, Baroque Art.  In this latest edition of IMNKABIKWIL, we’re going to check out a short and rather odd period in art history:  Mannerist Art.  As usual, we’ll look at what art was like during that period, and see some examples of art from the period.

Mannerism is really hard to define.  We’ll start by saying that it was the art movement that came right after the Renaissance (so the second half of the 16th century.)  What made it different?  There are two main things that will help you recognize Mannerist Art.    The first thing you might notice is that Mannerist artists often showed their subjects with elongated necks and bodies.  Mannerist painters were less interested in accuracy and more interested in the composition or the emotion of a painting.  The Mannerists were definitely NOT traditional! 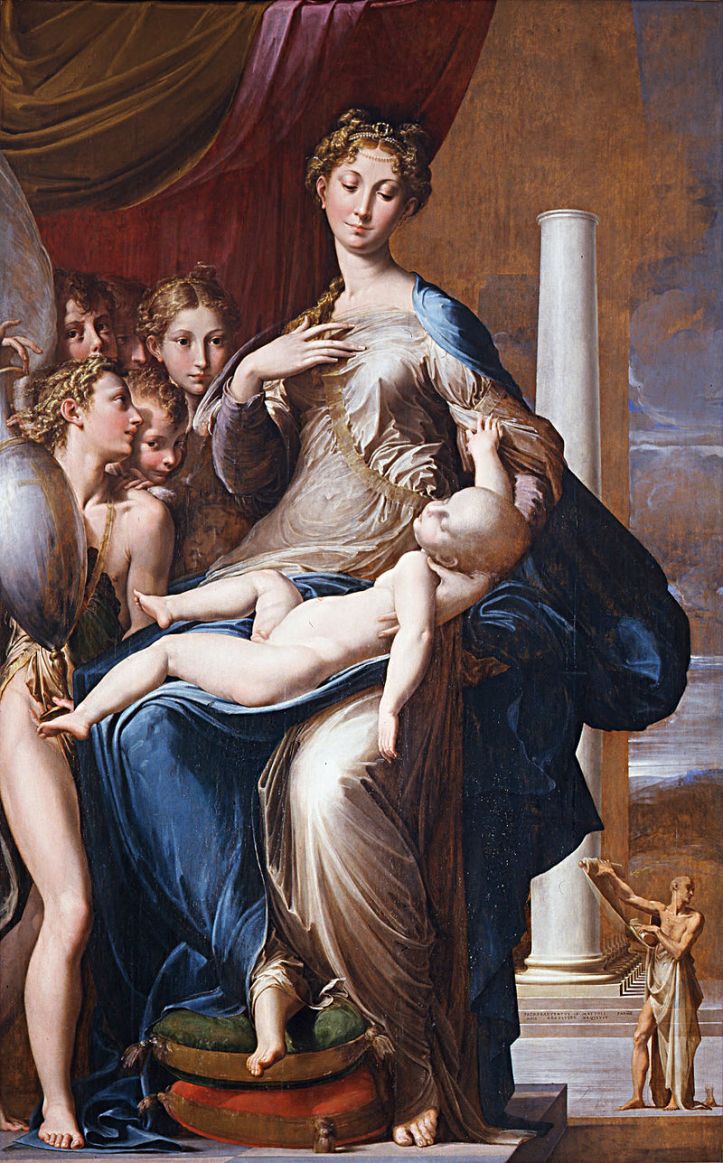 The second characteristic of Mannerist art is symbolism.   In most Mannerist paintings you will see lots of visual allegories and complicated meanings.  This was done specifically to appeal to wealthy patrons.  Mannerist art was not meant for the masses.

(Henry Howard, Earl of Surrey, by an unknown Flemish painter, 1546.  National Portrait Gallery, London UK.  Note the very long legs, as well as the many family and mythological symbols scattered around the work.)

Probably the most famous painter of the Mannerist period was El Greco, a Greek painter named Domenikos Theotokopoulos, who painted mainly at the Spanish court in Madrid.  (That’s what his artist name means in Spanish: El Greco = The Greek!)  His figures all look as if they were stretched out, and his use of unusual colors was way ahead of his time.  He reminds me a bit of Van Gogh. 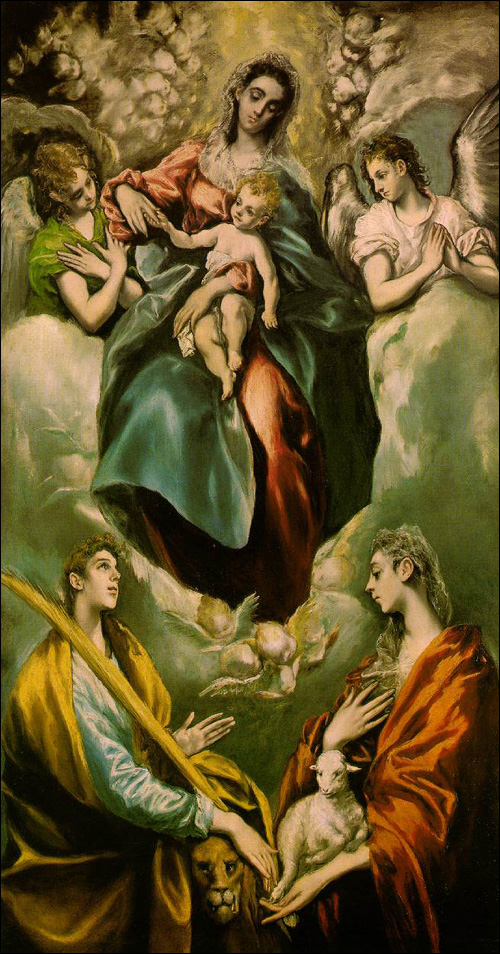 (Madonna and Child with Saint Martina and Saint Agnes, by El Greco, 1599.  National Gallery of Art, Washington DC, USA.  Look at how long those fingers are!)

This next picture is probably El Greco’s most famous work. 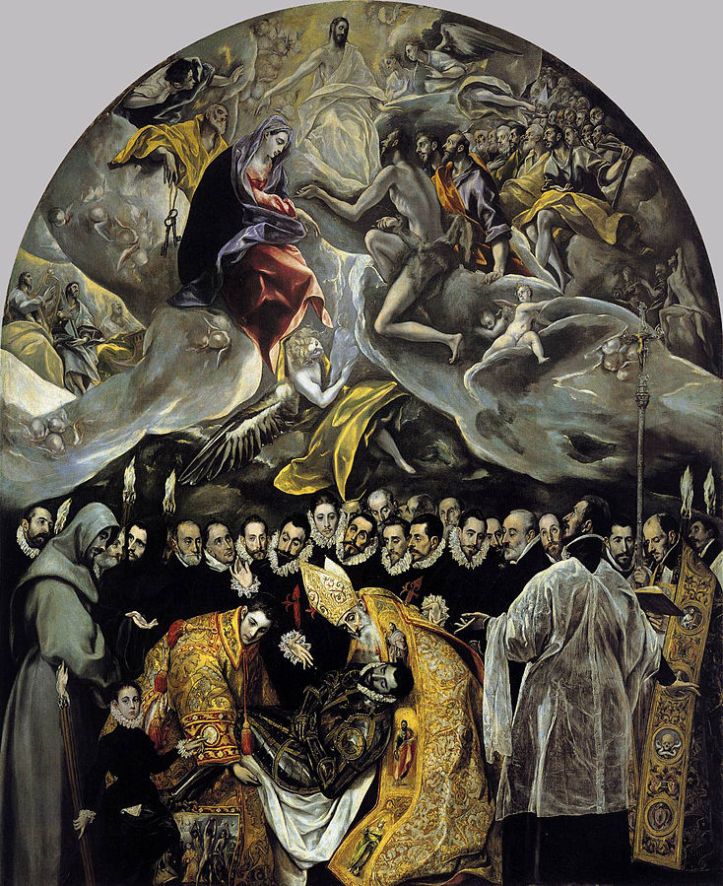 This is one of my favorite El Greco works, simply for the colors.

Another great artist of the Mannerist period was Tintoretto.  He was a Venetian, and his works can be found in several churches and public buildings around Venice.

One of the strangest painters of the Mannerist period (or indeed, of ANY period!) was Guiseppe Arcimboldo.  An Italian painter from Milan, most of his work was done for the Habsburg Emperors in Vienna and Prague.  He used a technique that served as great inspiration for modern artists: he created “portraits” of people out of vegetables, fruits, fish, and book parts, among other things!  What’s particularly amazing about these paintings is that, from a distance (like from across a room) they look just like normal portraits of people.  It’s only when you get close to them that you see how amazingly creative they are.  I’m including several of his works, because they are so cool and so ahead of his own time.  I hope you enjoy them! 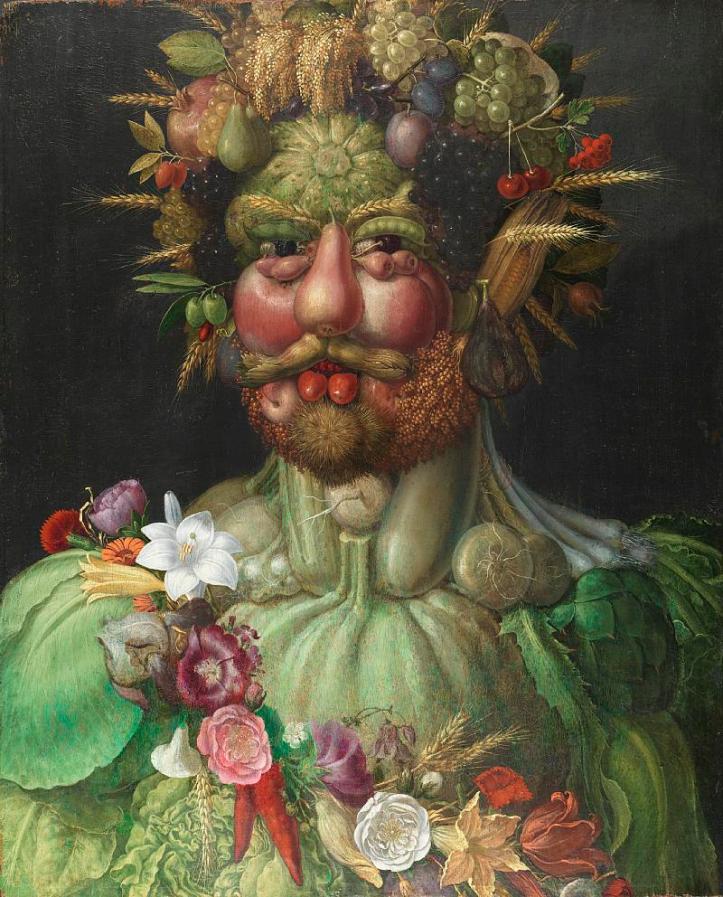 Arcimboldo is famous for his “seasons” paintings.  He made several versions of the four seasons.  None of the sets is still together in one place. 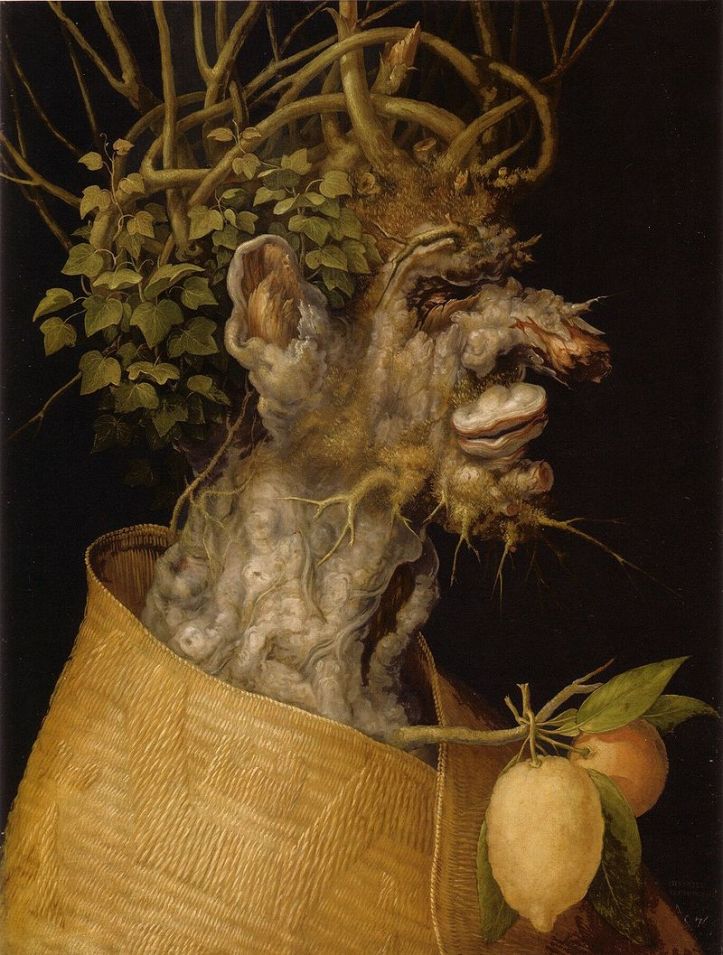 These last two paintings are from Arcimboldo’s “The Four Elements” series. 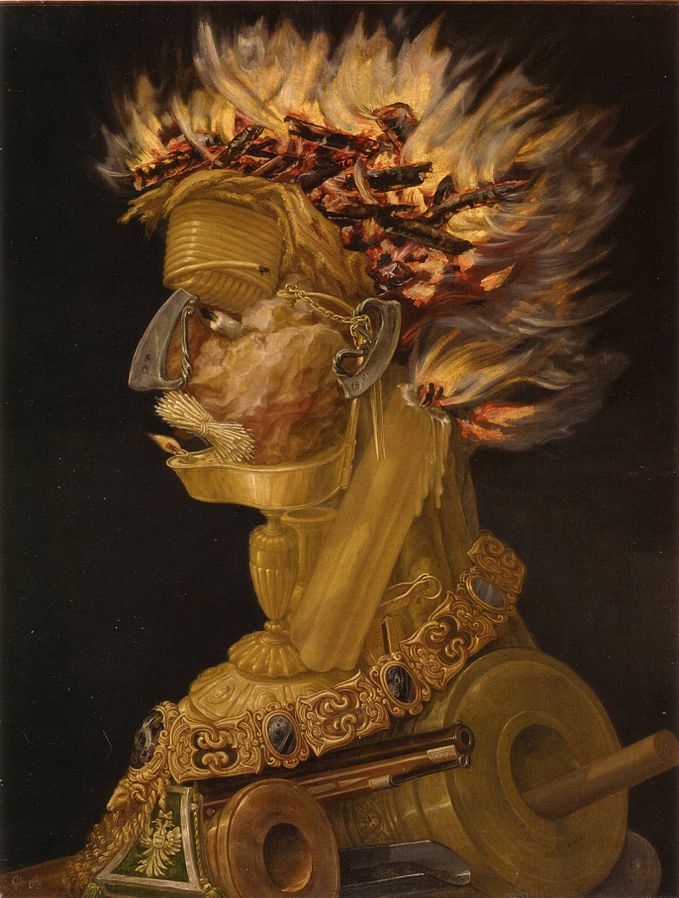