I may not know art, but I know what I like: Rococo Art

The first thing to know is that art is like history: it’s divided into different “periods.”  In Part 1 (“I may not know art but I know what I like” [IMNKABIKWIL] Part 1) I talked about the earliest period in art history (Ancient Art).  Next I discussed Medieval Art.  Then it was on to Renaissance Art, and after that, Baroque Art.  In this latest edition of IMNKABIKWIL, we’re going to check out the next period in art history:  Rococo Art.  As usual, we’ll look at what art was like during that period, and see some examples of art from the period.

There are two things that you need to know about Rococo Art.  First, unlike the Baroque artists that took themselves (and their art) very seriously), Rococo artists were playful and not interested in morals or messages.  They simply wanted to record the life of the nobility.  The other thing to know is that it was a movement started (and dominated) by French artists.  Rococo was essentially an artistic movement by the French, for the French, and about the French.

Incidentally, there WERE other painters thoughout Europe painting during this period, but I’ll be including them in a different post, as I prefer to think of “Rococo” painting as primarily French!

The word rococo comes from rocaille, the French word for “shell“, and you often see shell-shaped curves and wave-like decorations on Rococo art, architecture, furniture, and so on.

Rococo art began in France in the 1720s and lasted through the 1760s.  During this period there many paintings of “normal” life in noble homes, well-dressed aristocrats playing games, courting and romantic scenes, and lots of cherubs (naked baby boys with wings.)  Pastel colors, done with soft and light shades, are what you mostly see in Rococo art.  What you WON’T see are any religious themes, anyone that’s not a member of the nobility (so no middle- or lower-class people at all), and anything that could remotely be considered “preachy.”  Rococo is all about the French aristocracy admiring pictures of their chateaux, their children, their dogs, their lovers, and their beautiful clothes.  There are some pleasant paintings from the Rococo period, but don’t expect great art here.  That’s not what people wanted to buy and that’s not what artists painted.

Maybe the best way to show you how the French aristocracy looked at their world is to use a quote from Emilie du Châtelet (1706-1749), an aristocratic French scientist, mathematician (and mistress of the writer Voltaire): “We must begin by saying to ourselves that we have nothing else to do in the world but seek pleasant sensations and feelings.”  Nothing sums up Rococo art better than that, I believe.

Right about now, you might be asking the question, “If it’s not great art, why look at it?”  Good question, but there is, I think, a good answer.  Yes, the subject matter in these paintings is pretty shallow, but it gives us the chance to have a look at life in France before the French Revolution.  You may have heard the infamous quote by Marie Antoinette, Queen of France when the Revolution began, who asked one of her servants why there were riots outside the palace.  When the servant informed her that the people had no bread, she is alleged to have said, “Let them eat cake.”  In fact, the queen never said that, but it just emphasizes what Madame du Châtelet said earlier: “We (the nobility) have everything we need, can do whatever we want, and have all the time in the world to do it”.  History shows us, of course, that they in fact had very little time left, but the art of the Rococo period lets us see them as they were: oblivious to the world outside of their palaces and mansions.  Looking at Rococo art allows us to see their world, a world that was about to go away forever.

So now, let’s look at some of art from the Rococo period! 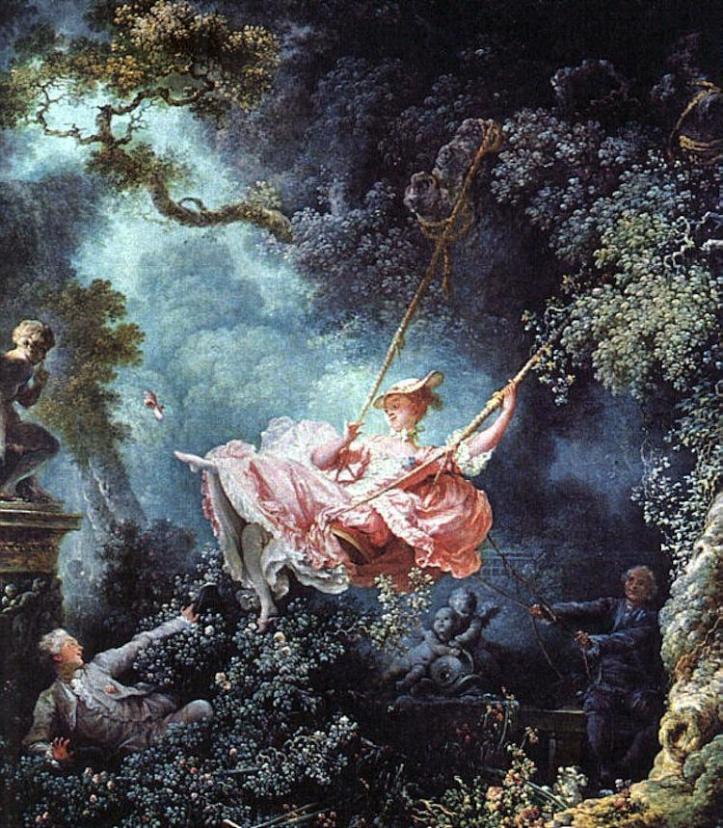 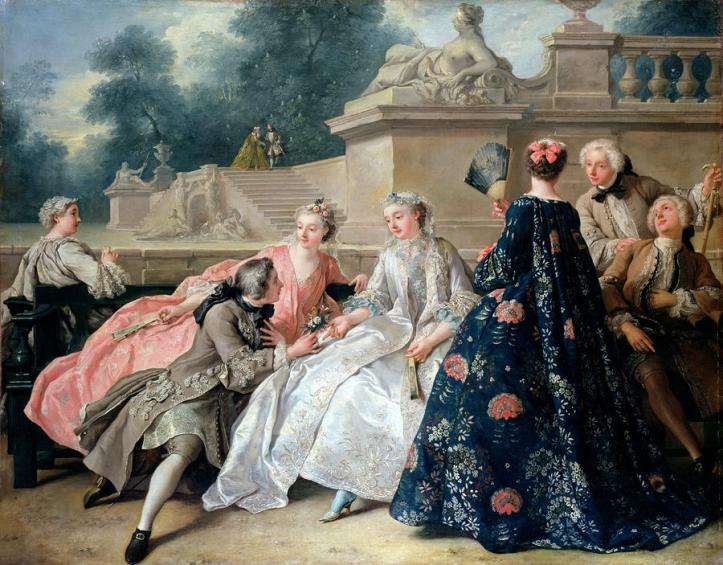 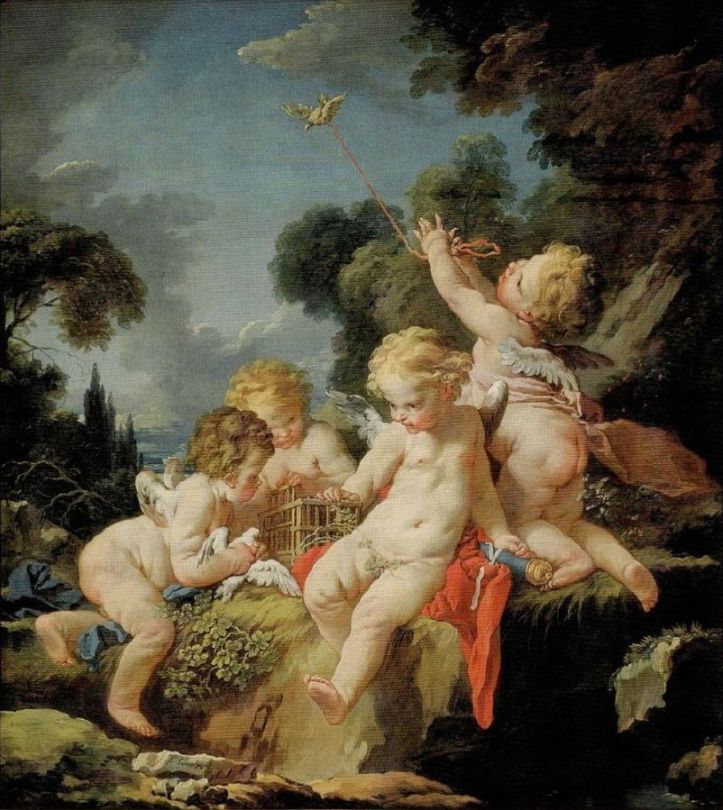 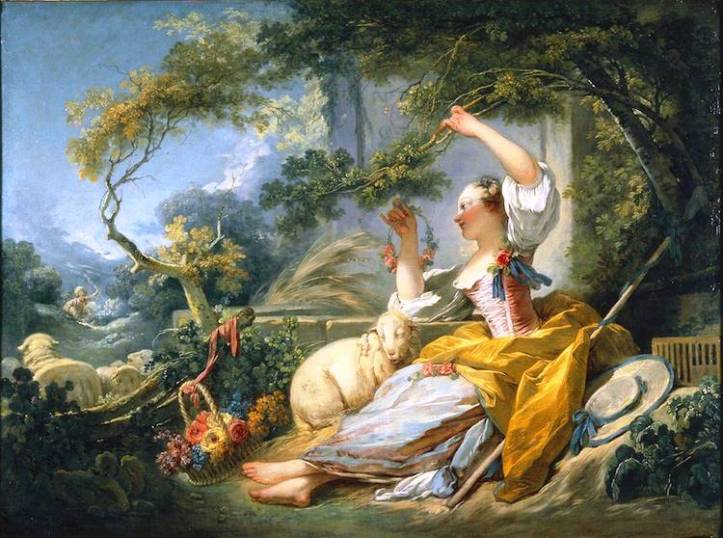 (A Lady in a Garden Taking Coffee with some Children, by Nicolas Lancret, 1742.  National Gallery, London UK.)

(The Joys of the Country Life, by Jean-Baptiste Pater, 1735.  Alte Pinakothek, Munich, Germany.)

I hope you’ve enjoyed this quick tour through French Rococo painting.  Next time, we’ll look at 18th century painters that WEREN’T French!  (These are people you definitely will have heard of!)