Munich has one of the best public transport systems in the world.  Once you learn how to use it, getting around town is a snap!

First of all, let’s look at a transport map of central Munich and the airport, to give you an idea of where everything is. 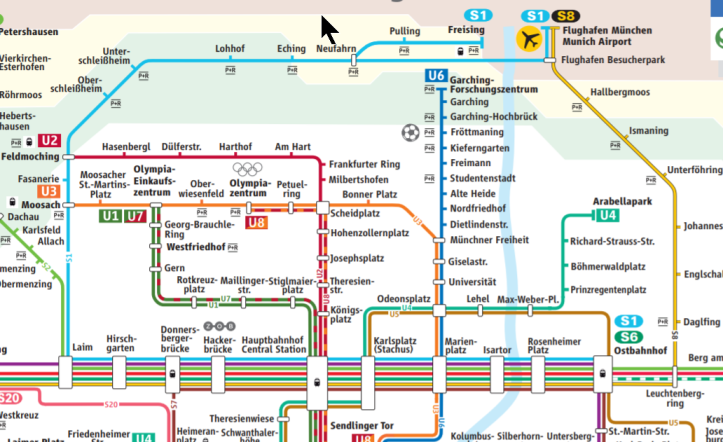 How to read the map!

The two fastest types of public transport in Munich both involve some type of train.  The S-Bahn is an overground, light rail system that connects the suburbs and outer areas of the metropolitan area with Central Munich. 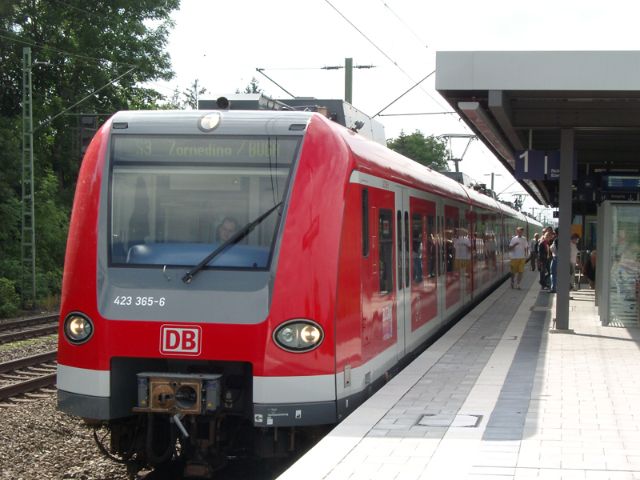 (An S-Bahn train of the S3 line.  Note the “DB” at the front: this stands for Deutsche Bahn, the German National Rail system that owns them.)

The U-Bahn is an underground train, like the subway in New York City or the  Tube in London. It connects points within the central area of Munich. 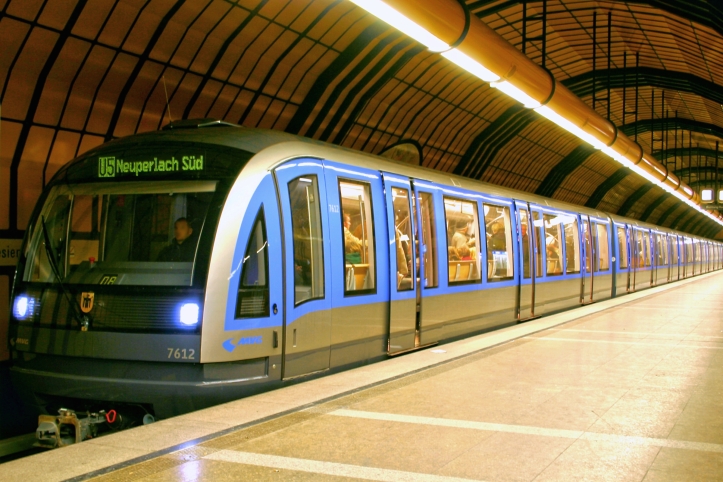 (This is what the U-Bahn looks like: the trains are new, and the platforms and stations are usually very clean.)

At the bottom of the map above, you see a lot of colored lines going through large white rectangles.  The rectangles are the major connection points for public transport in Munich.  Most U-Bahn and S-Bahn lines run through these main points.  The most important connection points in Munich are the Hauptbahnhof  (Main Train Station), Marienplatz (Mary’s or Our Lady’s Square) and Karlsplatz (Karl’s Square), which is known also by the name of Stachus.

Each colored line represents either an  S-Bahn or an U-Bahn line.

(View of the Munich Olympia-Park, taken from the BMW Museum!)

Wherever the lines cross, you can switch lines.  So for example, let’s say you’re at the airport, you’ve got a few hours to kill and you want to see the BMW Museum, which is located near the Olympic Park (Olympia-Zentrum).  We look at our maps and are happy to see that the Olympia-Zentrum is highlighted by the Olympic rings symbol!  We note that the station is on the U3 and U8 lines.  We see that if we take the S1 line to Moosach, we can change to the U3 line, and the Olympia-Zentrum station is just 4 stops away!  From there, it’s a very short walk past the site of the 1972 Summer Olympics to the excellent BMW Museum! 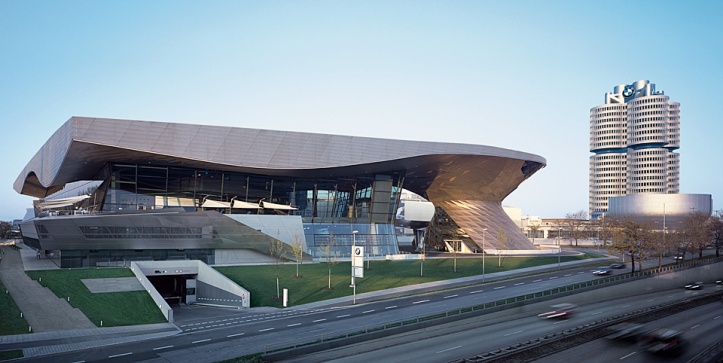 Now let’s say we’ve got some time left, so we want to visit the Deutsches Museum, one of the best science museums in the world.  Getting there is easy!

We’ve checked our guidebook (or even better, checked it on our phone!) and learned that the stop for the Deutsches Museum is the S-Bahn station of Isartor.  So we head back to the Olympia-Zentrum station, for the U3 line, but this time we see on the map that we want to head towards Marienplatz, where we can change to the S-Bahn (all those colored lines running across the bottom of the map.)  What you need to know is that every train in Munich will have the line number and the “end station” of that train on the front of the train.  Let’s say we don’t know the name of our end station, but a little logic will help us here.  Remember we came from Moosach to get to Olympia-Zentrum and we see from our map that Moosach is one of the end stations of the U3.  So, all we need to do is get on any train NOT going toward  Moosach, and we’ll soon find ourselves at Marienplatz (8 stops away!)

When we reach Marienplatz, we can get on ANY S-Bahn line going towards Ostbahnhof.  One stop away is Isartor and from there it’s a short walk to the Deutsches Museum. 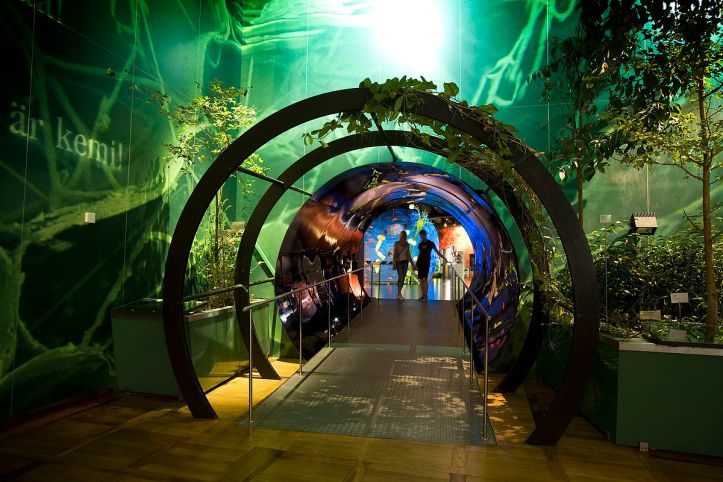 (Exhibit area inside the Deutsches Museum)

One thing that should help you find the station: look for one of these signs on the street. 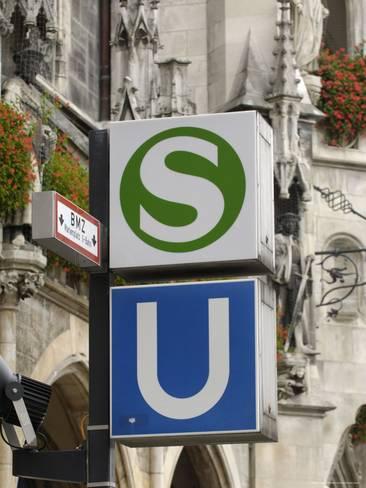 The white “S” in the green circle indicates an S-Bahn station, while the white “U” in the blue square points to an U-Bahn station.  When you see both of them (like this one at Marienplatz) it tells you that you can find all the S-Bahn lines AND at least one U-Bahn line!

Easy, right?  Now you’ve just got to know how and where to buy tickets, and what kind of ticket would be best for you.

Let’s talk ticket prices first.  A one-way trip from the airport to Marienplatz for an adult is €8.40.  Each extra trip within the central area of Munich would cost another €2.80.  If you only made those two trips, buying single tickets is slightly cheaper than buying a day ticket.  However, if you plan on doing more traveling than that in a 24-hour period, you should definitely buy the day ticket: it costs €12.80, and is good for travel anywhere in the system for 24 hours!

How do you buy your tickets?  I can’t explain it any better than this YouTuber did!

And now you’re an expert on using the Munich public transport system!  Have fun!