This guide is written to give you some helpful tips for the Franz-Josef Strauss Airport in Munich, Germany (airport code MUC).  Get to know MUC like an insider!

First thing you have to know:

MUC consists of two large Terminals, 1 and 2.  They are connected by a large area known as the Munich Airport Center (or MAC).  This is where you’ll find some serious shopping areas and restaurants.  Eventually you will find  yourself in the fresh air!  This large open area is where the MUC Christmas market takes place (DEFINITELY worth a visit if you’re around from the end of November till Christmas!)  From here you can see the entrances to  Terminal 1 (on one side) and Terminal 2 (on the other side!) 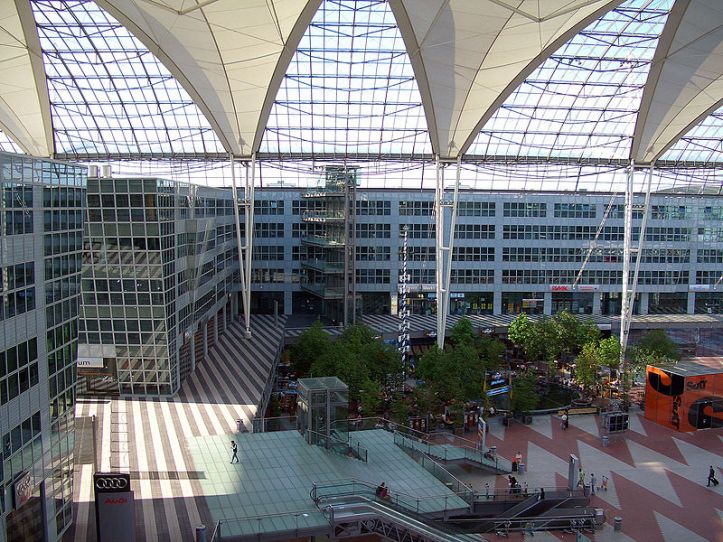 (This is an overhead view of that open-air area.

Stuff the guidebooks will tell you:

MUC offers quite a few restaurants and fast-food options outside of security.  The usual suspects (McDonald’s, Subway) are open late.  There are also several very good German restaurants in the airport, as well as pizza places, bistros, and cafes.

MUC has many shopping areas, as well as activities for kids and adults.

Yeah, yeah, yeah.  Every airport has all of that.  What does MUC have that’s unusual, that I shouldn’t miss?  Glad  you asked!  Here are my INSIDER TIPS!

Insider tip #1:  MUC has the world’s first airport brewery, Airbräu. They brew seven different kinds of beers on location.  But it’s much more than a brewery.  Great Bavarian food and nightly entertainment! 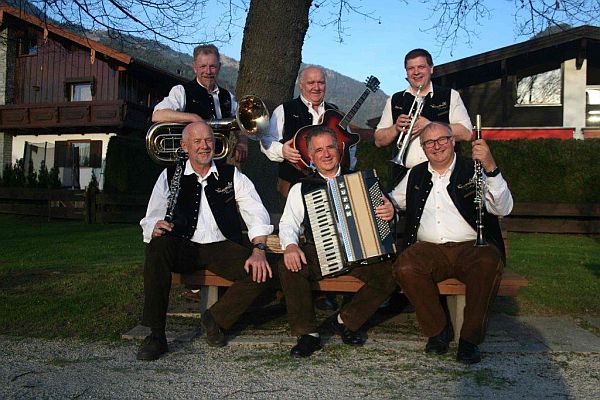 (Here’s one of the recent bands they’ve had at Airbräu: the Reit im Winkler Musikanten!)

The food is really good, and authentically Bavarian.  If you’re looking to get your last “fix” of German food before your flight, this is where you should eat!

There are two locations.  The main Airbräu is located BEFORE security.  To get there from either terminal, make sure you’re on Level 03 (ground level), and follow the signs to Munich Airport Center (MAC).  When you get to the large open-air part that connects Terminals 1 and 2, look for the large beer garden: that’s Airbräu.  If you’re coming from Terminal 2, go through the Terminal 1 doors and take an immediate RIGHT and you’re there!  (If you came from Terminal 1, just turn around, go back through the Terminal 1 doors and turn right!)

There is also a smaller location called  Airbräu Next To Heaven, which is in Terminal 2. on Level 05, near the “H” Gates (AFTER security!)

Insider Tip #2: There is a large grocery store (part of the German EDEKA chain) in Terminal 2.  It’s big, well-stocked, very convenient, and most amazingly, you won’t pay ridiculously high prices like you’d expect in the airport.  AND it’s open from 0530-midnight every day!  Many locals actually drive in to shop here, because of the long hours!  It’s just before the open-air section that connects Terminals 1 and 2. As you walking toward Terminal 1, it will be on your RIGHT. (It’s near the Subway restaurant and the exit for the local buses.)  Just look for the sign:

Unlike many other airport stores, this one is a REAL GROCERY STORE!  It’s not just for passengers: you’ll always see crew members and other airport employees in here, shopping on their way home.  It has pretty much everything that a regular EDEKA would have anywhere in Germany (and if you’ve never been to one, EDEKA is about the best supermarket there is!)

This store is the new one in the airport.  The original store is still there too!  It’s not as big, but it does have a really good deli and pastry section (the Käsebreze [cheese-covered pretzels] are HIGHLY recommended!)  You can enter as you’re leaving the MAC, headed for Terminal 1, and there is also an entrance in that open-air area.  Here’s what you’re looking for:

Insider Tip #3:  One of the “hidden gems” at MUC is the Besucherzentrum (Visitors’ Park.)  If you’ve got a long layover, or just some extra time to kill, head on over there.  This is an especially great place if you’ve got kids along!

For the kids, there is an amazing playground!  It is huge, and it has different areas representing Europe, Asia, North America and South America.  They can sit in a toy plane that is really big, or slide down the runways with the rope slide.  It’s open 24/7 and it’s free.  You can also play miniature golf or try out the flight simulator (fees for those.) 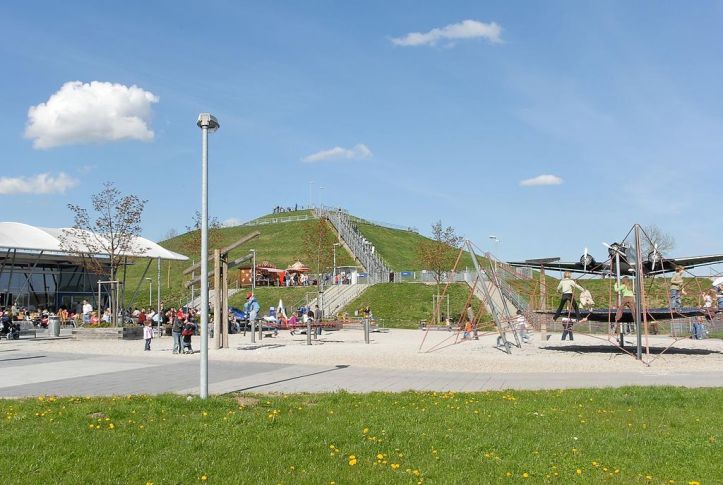 (This is a picture of part of the playground, with Visitors’ Hill in the background.)

If you like watching planes land and take off, climb up “Visitors’ Hill” which is about 92 feet (28 meters) high.  You get a great view of the airport.

There is also a really interesting “Interactive Exhibition”, which allows you to learn more about the world of the airport. It’s got all kinds of displays and media stations, and admission is free!  It’s open most days from 9:30 AM to 5 or 6 PM.

One other thing at the Besucherzentrum that you shouldn’t miss is the display of historic aircraft.  You can climb into some really old planes, like the Lockheed Super Constellation (from the 1950s) and the German Junker 52 (built in the 1930s, and used as both an airliner and (during World War II) a bomber!  The displays include films and sound recordings that let you imagine you’re “back in the day” with these old planes!  The display is open from 1000-1700 (10 AM-5 PM) and there is a 1 euro admission fee.  (It’s well worth it!)

(On the left front, the Junker 52, and on the right, the Super Constellation.)

Insider Tip #4:  There are great local transport links right in the airport.  You can get to the enter of Munich in 40 minutes by taking the S-Bahn, the local light rail system.  There are two lines (S1 and S8) that run from the airport, and both will take you to the Hauptbahnhof (Main Train Station) in downtown Munich.  There are ticket machines in the airport station, and they can be accessed in several languages.  You can pay with bills, coins or cards.

Insider Tip #4: The two S-Bahn lines from the airport will take you to many of Munich’s best tourist attractions, without ever having to change trains!  For more details, check out my blog post, “Insider Tips: Munich”!

Thanks for stopping by!  I hope you find these tips useful!