As the autumn moves into its beautiful stage of changing colors, fall foliage cruises are very popular.  It might be too late to book yours for this year, but here’s an idea for a cruise that SHOULD be “on your radar” for the future!

(Changing leaves along the Hudson River)

There are many options for fall foliage cruises, but this one is a bit different: it’s a river cruise!  Check it out!

For some reason, when most people think of cruising, they think of the Caribbean, or the Mediterranean, or the Pacific.  But I’ve found that some of my best cruise experiences have been on river cruise ships.  They appeal to me because the ships are smaller, the service is more personal, and the atmosphere is somehow just that little more refined.

American Cruise Lines (ACL) sails three ships through the Hudson River Valley in the autumn.  You can choose from the American Star, Independence (both 100-passenger ships) or the brand-new American Constellation, which carries 175 cruisers.  ACL has an excellent itinerary through this scenic region during peak fall colors.  Here’s where you’ll go and what you’ll see!

Albany is the state capital of New York, and home to the excellent New York State Museum.  The foliage around Albany is always good, and if you have time, visit the New York State Capital Mall.

(Exhibit from the NY State Museum, “Building a Longhouse”)

Kingston is a pretty town with a nice historic downtown area and a well-preserved waterfront.  There are a lot of great places to visit.  I recommend the Hudson River Maritime Museum, the Old Dutch Church, and (especially if you have children with you) the Forsythe Nature Center.

Hyde Park is not only in a beautiful area but it is also fairly close to New York City.  Because of those factors, many of America’s early”aristocracy”, families such as the Astors and Vanderbilts, built weekend homes nearby.   Hyde Park is most famous as the birthplace of U.S. President Franklin D. Roosevelt.  His birthplace is now the site of the Home of Franklin D. Roosevelt National Historic Site.

Catskill was home to two famous Americans, and you can visit both their homes. Robert Livingston Jr., the first minister of foreign affairs (now called Secretary of State) for the U.S., who negotiated the Louisiana Purchase and helped draft the Declaration of Independence lived here, and you can visit his home, the Clermont State Historic Site.  You can also visit Olana, the home of Hudson River School artist Frederick Church.

The name “West Point” of course will always be associated with the United States Military Academy at West Point.  You can walk the grounds, tour the West Point Museum and Cadet Chapel, while viewing magnificent views of the Hudson Valley from atop the campus grounds.  And here’s a tip for history buffs: if you’ve got time, don’t miss the cemetery. 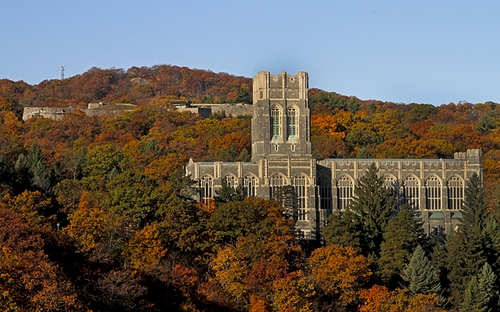 (The Cadet Chapel at the US Military Academy at West Point)

Most famous as the setting for Washington Irving’s stories, especially The Legend of Sleepy Hollow, who can forget Rip Van Winkle and Ichabod Crane and the Headless Horseman?  Irving described Sleepy Hollow in his famous book:

From the listless repose of the place, and the peculiar character of its inhabitants, who are descendants from the original Dutch settlers, this sequestered glen has long been known by name of Sleepy Hollow … A drowsy, dreamy influence seems to hang over the land, and to pervade the very atmosphere.

But Sleepy Hollow today is much more than old stories.  They even have an “Oktoberfest“!  It’s usually held at the end of September.  Or take their famous “Cemetery Tour”!  Many famous people are buried here, including Elizabeth Arden, Brooke Astor, Andrew Carnegie, Walter Chrysler, Samuel Gompers, Washington Irving, and William Rockefeller.  Oh, and did I mention that the foliage here is particularly fine? 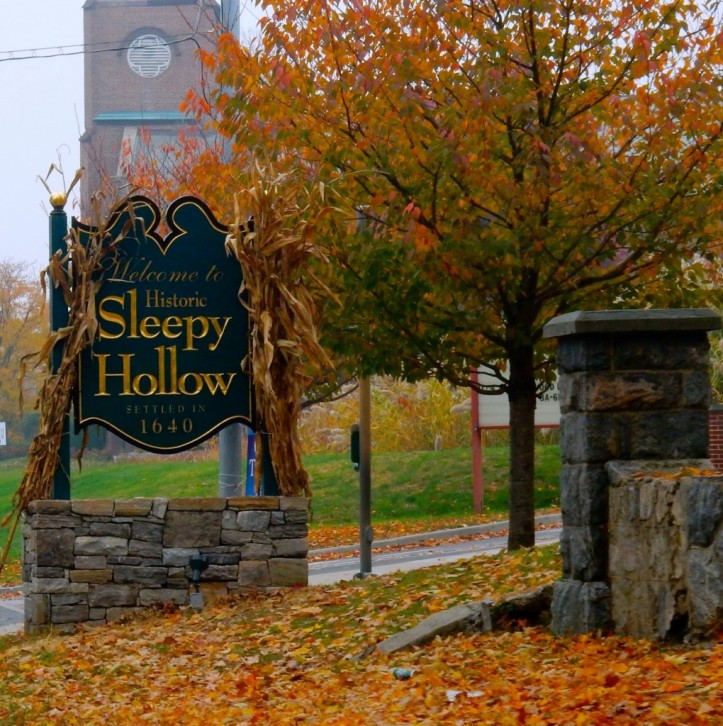 If you’re looking for a fall foliage cruise on a small ship, exploring a beautiful part of the world, you might want to think about the Hudson River Valley!